Austin Bella Corda Guitar Ensemble recently competed in the Guitar Foundation of America’s 1st International ensemble competition. Nine players traveled to Fullerton, Ca., to the GFA festival. The group performed in front of 5 judges. You can see the competition performance here. They also played at a winner’s concert before the entire festival crowd.

Their program included: Oblivion/Libertango by Astor Piazzolla, Larghetto & Rondo K.229 #4, by W.A. Mozart and Blazz 3, an original tune in a “big-band” style by Director, Kevin Taylor.

The students began their training in The Childbloom Guitar Program. Their teachers are, Chris Stone, Slobodan Vujisic, Kevin Taylor and Kirk Hanser.  Director, Kevin Taylor, says, “All the groups at the festival were of the highest caliber. Our group was very well prepared, having memorized our music. We were very fortunate to capture the favor of the judges. It validated the dedication and work of the great players in the group.”

The competition performance had a precarious beginning. As the group was doing the final onstage-tuning before they began, Elle Smith’s tuning mechanism broke. The top guitar strings were suddenly slack and hopelessly out of tune! Director, Kevin Taylor turned to the audience and asked if anyone could loan us a guitar for that performance. Someone in the audience graciously offered one and the group began!

The judges comments were glowing:

Austin Bella Corda will begin rehearsing in July for the upcoming 2017/18 season of performances. Look for their announcements. 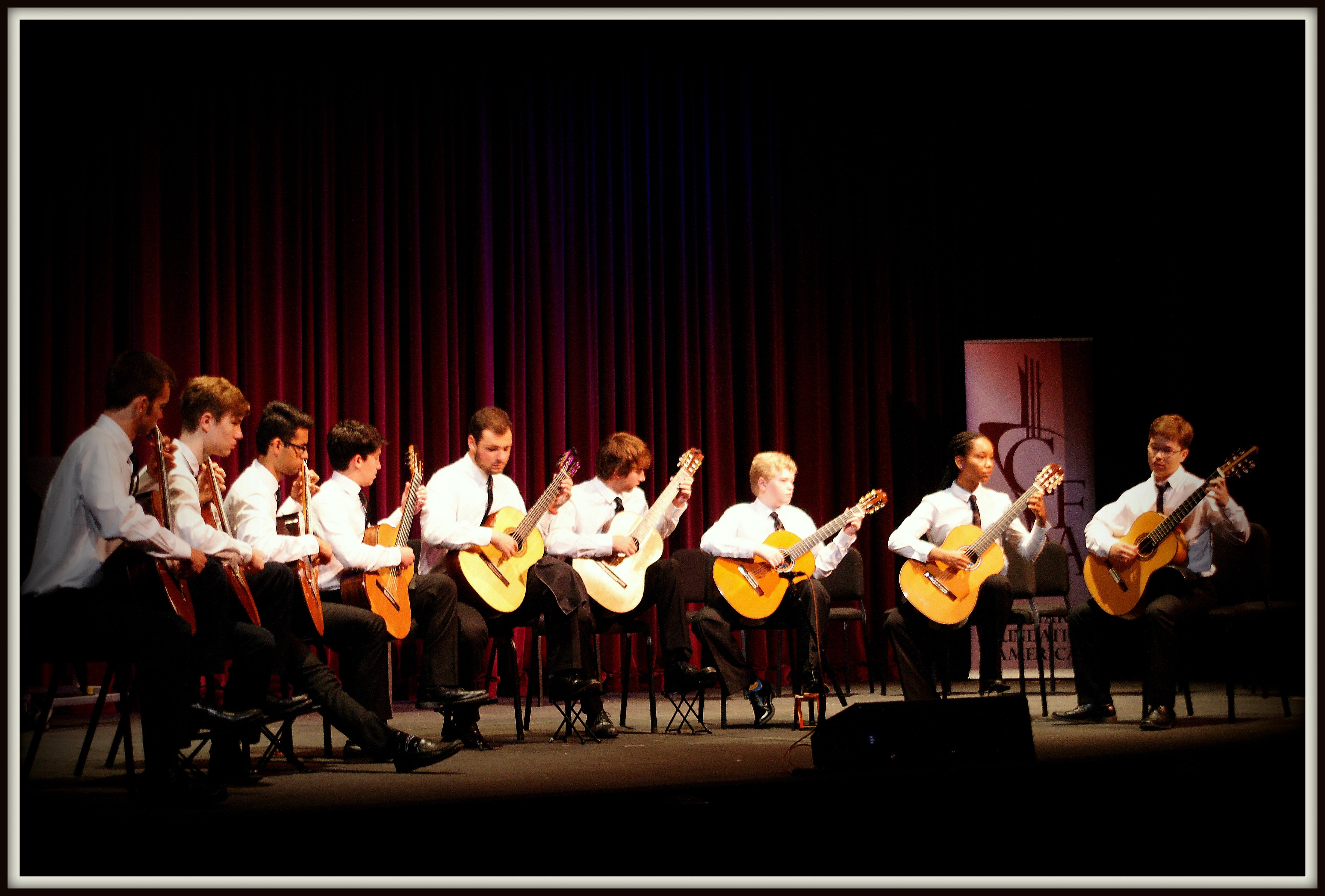